As a young child, Darron began developing his interest and love of design by watching his grandfather, a draftsman, hand-render blueprints and prepare lumber packages for new homes.  In the mid-1980’s he spent many of his summers working as a laborer with his father (or colleagues of his father) in the Metropolitan Atlanta new home industry.  And, although his early career was in retail management, it developed naturally into remodeling corporate stores throughout the Southeast.  By the mid 1990’s Darron began working with other talented Atlanta designers implementing showroom designs and installing Christmas packages for local shopping malls and inns.  These collaborations have continued through the years and have included projects for HGTV, The Inn At Blackberry Farm, TBS, AmericasMart, local restaurant and retail projects, as well as many Luxury Homes in the Atlanta Area and Florida's 30-A.

In 1997 Darron founded Metropolitan Design Group, LLC. where he continues today working as a designer, space- planner and project manager for residential environments, as well as the occasional commercial or retail project.  With an innately keen eye for design coupled with the insistence upon punctuality and functionality, Darron balances his talents and structure to insure that clients’ needs are met with the innovation and style they seek while maintaining the utmost respect for their time and budgets.

Though his personal style is that of clean, fresh lines using neutral colors and natural materials easy to live among, having the opportunity to travel extensively (both nationally and internationally) Darron's design palette continues to broaden through the introduction and respect of other cultures’ styles and methods, as well as that of other local designers.

In 2005, Darron became a member of the National Association of Realtors and began selling Real Estate to expand upon his knowledge of and love for homes.  Marrying the two fields has been an organic balance and today clients find the opportunity and ease of allowing Darron and colleagues to help buy, sell, and make their homes wonderful!

Darron and the company have worked with clients all over the United States including projects in Georgia, New York, New Jersey, Pennsylvania, Florida, North Carolina, Texas, Minnesota, and California. 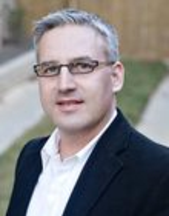 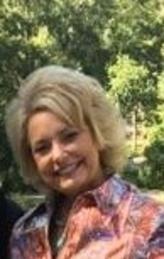 Perhaps it was growing up the daughter of a career Naval Officer that sparked an early interest in travel and cultural learning.   Born in Charleston, South Carolina, the family moved to San Diego, California where her mother had a career as an Office Manager for several Doctors and ran a tight ship at home!  It was quite clearly the style of Stacey’s mother and grandmother that first peaked her interest in interior design and began shaping what would become a career in making the homes of others as wonderful as the home in which she grew up.

Excelling in her education, Stacey began expanding her world views as an exchange student in Norway. Fast forward a few years and she was immersed in studies at The Sorbonne in Paris, France, which heavily influenced her love of French culture and style and today you can see much of this influence in her interior designs.

Graduating Magna Cum Laude, with a Communications Degree (and a Minor French Literature) from The University of California San Diego wrapped up her early formal education, but life soon led her to New York City where her cultural styles were further honed. Fate didn’t stop in New York, however, and soon Stacey found herself back in the South where she has spent most of her adult life.  Completing her formal training in Residential Interiors at The Art Institute of Atlanta in 2000, her exposure to travel and industry-based continued education ensures her up-to-date interior philosophies.  Drawing on her classically inspired style and life-friendly sensibilities, she creates perfectly collected environments for each individual client.